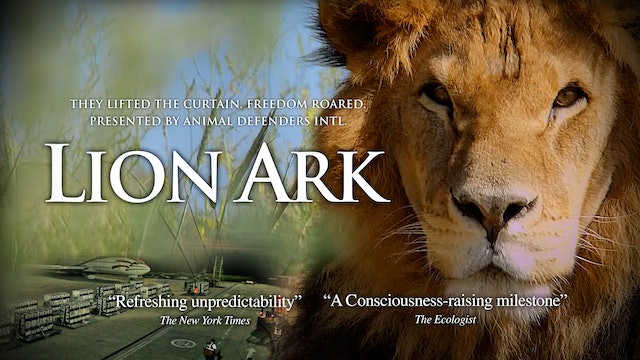 More action-adventure than traditional documentary, Lion Ark follows the world's most ambitious and daring animal rescue, with a narrative compiled from film, interviews, conversations and the real-time reactions of rescuers as events unfold – this is up close and personal.

A shocking undercover investigation leads to a ban on animal circuses in Bolivia. But the circuses defy the law. The team behind the investigation return, track down the illegal circuses all over the country, and save every animal. The confrontations, heartache and risks the rescue team face are all captured before a joyous finale 25 lions airlifted to freedom in Colorado. A story of bravery, compassion, camaraderie and determination. How a poor but proud country said 'no' to cruelty and how attitudes to animals were changed across an entire continent.

The lions emerge as the real stars and you find yourself rooting for the most aggressive of them all. An uplifting movie with twists and turns that is still gritty, surprising, informative and pulls no punches. At last a film with a serious message that will leave you smiling!

By Subscribing to watch Lion Ark on EarthStream through this link, https://earthstream.app/lion-ark , Earthstream will donate $30 from our annual plan or $6 from our monthly plan to Animal Defenders International to help them continue the critical work that they do.

Behind some of the biggest and most dangerous large scale animal rescues in the world, with daring undercover missions to expose the suffering of animals. Active worldwide to end animal suffering, ADI’s undercover investigations inside laboratories, circuses, animal traffickers and Hollywood animal trainers, have led to prosecutions and new laws to protect animals. Bans on all, or wild animals in circuses have been secured in almost 50 countries. In Bolivia, Peru, Colombia and Guatemala, ADI has been called in to help government wildlife officials enforce the bans and empty the cages. The ADI team tracks down illegal circuses wherever they go, facing threats and abuse as they take the suffering animals to a new life. These rescues often include large-scale relocations of animals – flying over 50 monkeys to forest sanctuary habitats or 33 lions from Peru and Colombia to South Africa. ADI cares for many of these circus survivors in their 455 acre sanctuary in South Africa, where lions and tigers roam huge natural enclosures – the lions, who once lived in cages the size of double beds, enjoy something of the life they were meant to live. ADI also cares for monkeys and bears in the natural homes in Latin America. All the animals have incredible stories of survival. ADI was founded in 1990; is a US 501(c)(3) non-profit; a registered charity in the UK and South Africa; has offices in Colombia and Peru. Winner of a 2021 Great Non Profit Certificate.

“The feel-good movie of the year!”
– Reel Talk

“will restore some faith in humanity”
– Shockya.com

“a consciousness-raising milestone”
– The Ecologist

“Viewers will be crying tears of joy’”
International Welfare Examiner

“… heartwarming, beautiful and inspirational. It reminds you of the majestic power of documentary filmmaking”
– Mondo Film & Video Guide

“Lion Ark takes an already incredible and unforgettable story and breathes life and passion and transformation into it.” – The Independent Critic

“a revealing documentary with a lot of heart.”
–Eye For Film

By Subscribing to watch Lion Ark on EarthStream through this link, https://earthstream.app/lion-ark , Earthstream will donate $30 from our annual plan or $6 from our monthly plan to Animal Defenders International to help them continue the critical work that they do. 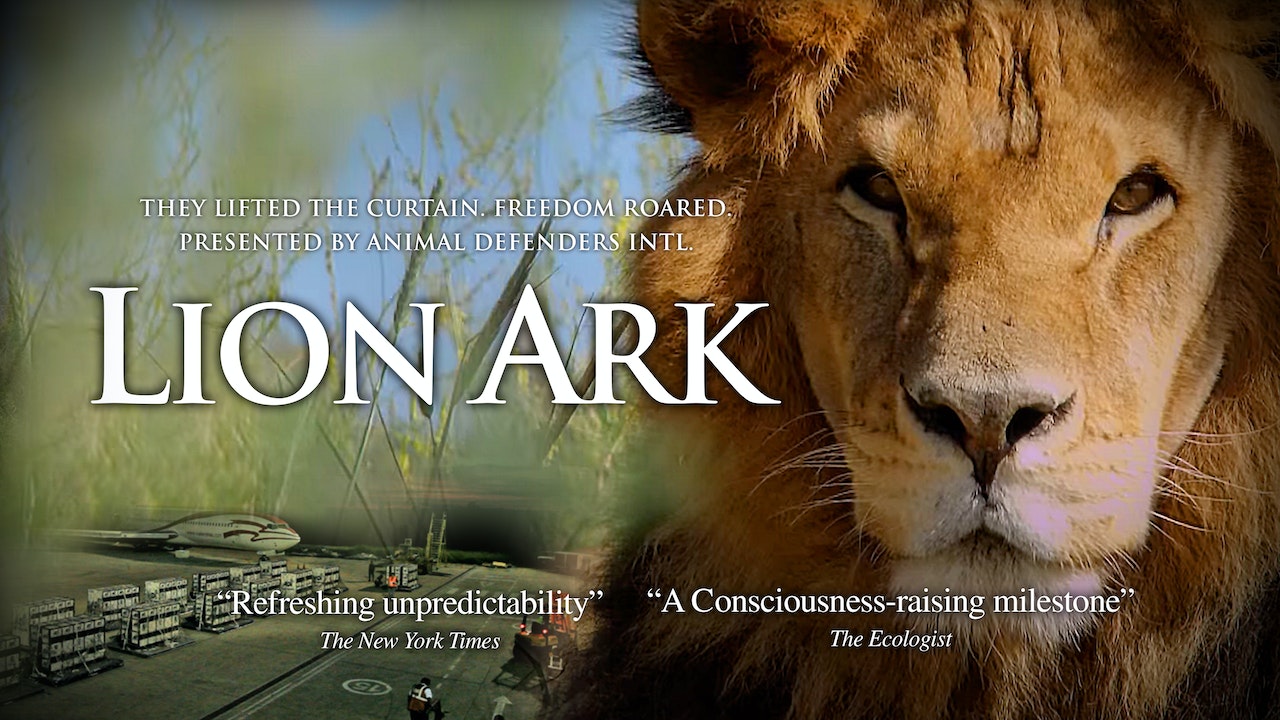